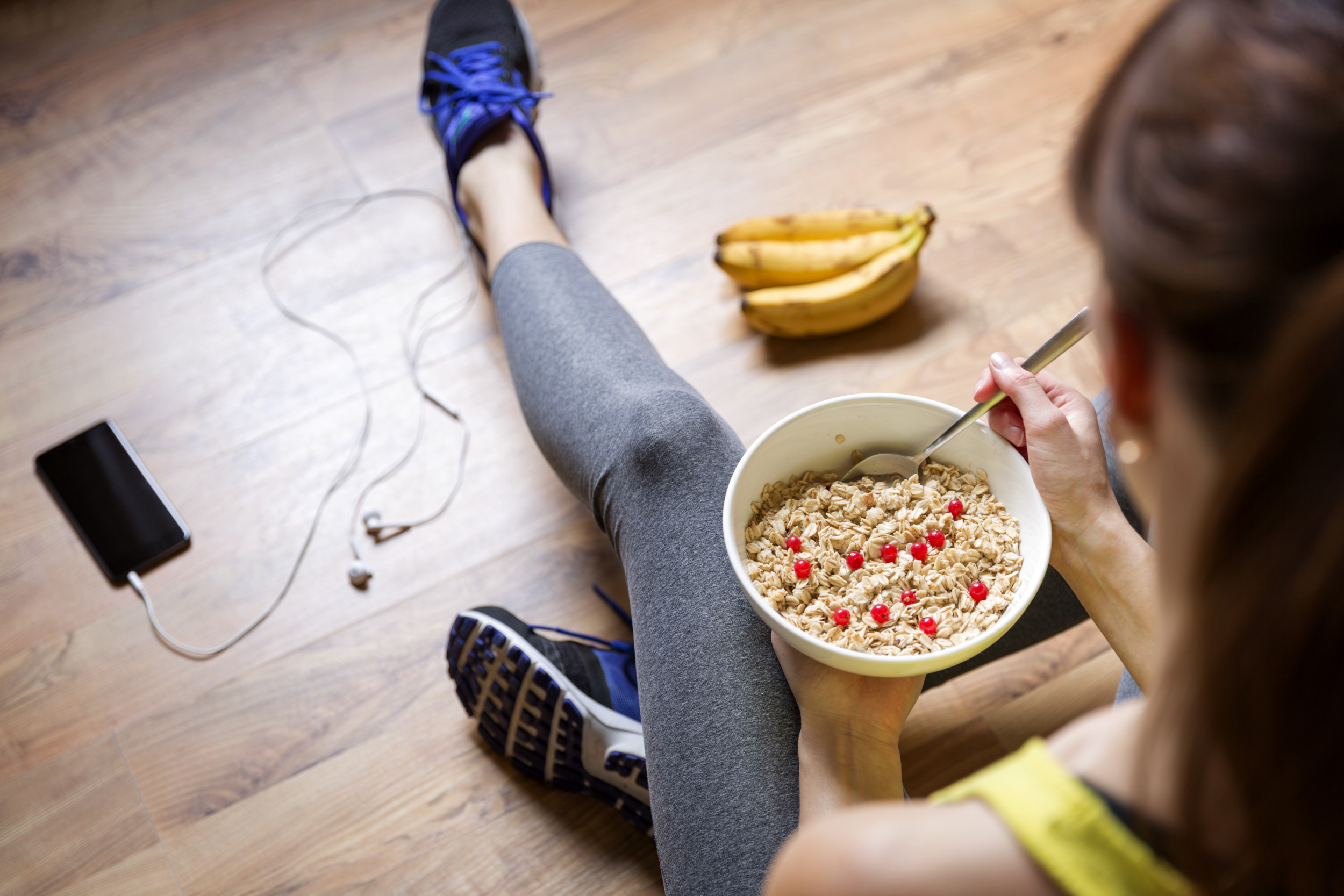 Proper nutrition is essential for all fitness programs and the food you eat before a workout can enhance your performance.

Carbohydrates, which are stored mostly in the muscles and liver, form the key source of energy that fuels your exercise.

Those who will be exercising for more than an hour will need to eat some carbohydrates before their workout, explains MedlinePlus, a website of the U.S. National Library of Medicine.

You’re more likely to be tired and perform poorly during sports activities when you do not get enough of the following, according to MedlinePlus:

Here we look at what to eat before a workout to help give you an energy boost.

Water is the most important yet overlooked nutrient for athletes, says MedlinePlus.

Water and fluids are essential for keeping your body hydrated as well as at the right temperature. The body can lose several liters of water through sweat in an hour of strenuous exercise, so it’s vital to replenish that loss.

Regardless of whether you’ll be exercising, you should be having plenty of fluids with every meal. But if you’re planning to do a workout, it’s crucial to have enough water in your body before exercising. Drink around 16 ounces (two cups) of water about two hours before a workout, MedlinePlus advises.

Staying hydrated during your workout is just as important and you should be drinking even when you no longer feel thirsty. You’ll need to keep sipping water both during and after your exercise. Drink about a half cup to one cup (120 to 240 milliliters) of fluid every 15 to 20 minutes.

It’s best to drink water in the first hour of exercise. Switch to an energy drink after the first hour to replenish your body with electrolytes, which are minerals (such as calcium, potassium, sodium, magnesium) in your blood and other body fluids that carry an electric charge.

Electrolytes impact various aspects of body function, such as water levels, the acidity of your blood and muscle function.

We lose electrolytes through sweat, so they must be replaced by drinking fluids that contain them, such as energy drinks. Water does not contain electrolytes.

Teenagers and adults should be replacing any body weight lost during exercise with an equal amount of fluids. This means for every pound you lose through exercising, you should drink 16 to 24 ounces (480 to 720 milliliters) or three cups (720 milliliters) of fluid within six hours of exercising. Clear urine indicates that you have fully rehydrated, says MedlinePlus.

Speaking to Newsweek, Roxana Ehsani, a registered dietitian nutritionist and spokesperson for the Academy of Nutrition and Dietetics, said pre-workout foods should consist of “easy to digest, carbohydrate-rich” foods.

“Quick to digest carbs, absorbed quickly into your bloodstream and provide your muscles with quick energy needed to workout,” she explained.

Among the quick-digesting foods she recommends are bananas. These nutritious fruits are great sources of nutrients including vitamin B6, fiber, potassium, magnesium, vitamin C and manganese.

According to Harvard University’s Harvard T.H. Chan School of Public Health, a medium ripe banana contains around 28 grams of carbohydrate, 15 grams of naturally occurring sugar as well as 450 mg of potassium.

Oranges are also carbohydrate-rich foods that are good to have before a workout, Ehsani said.

Considered a powerhouse of nutrition, a medium-sized orange offers around 15.4 grams of carbohydrates and 70 mg of vitamin C, which is more than 100 percent of your daily recommended amount, according to a WebMD article reviewed by Dr. Hansa D. Bhargava.

A cup of watermelon contains around 12 grams of carbohydrates and 92 percent of the fruit consists of water, which is great for staying hydrated. It is also a good source of vitamin A, C, and B6 as well as potassium, the Mayo Clinic explains.

The disease-fighting fruit also has more lycopene (an antioxidant linked to reducing the risk of cancer, heart disease and age-related eye disorders) than any other fresh fruit or vegetable.

Extracting juice from a fruit removes the fiber (which takes longer to move through your digestive tract – more on this later), making it faster to digest. So a glass of juice such as 100 percent orange juice or pomegranate juice can be a quick pick-me-up before a workout, Ehsani said.

Katherine Zeratsky, a registered dietitian at the Mayo Clinic, explains: “Some believe that juicing is better than eating whole fruits and vegetables because your body can absorb the nutrients better and it gives your digestive system a rest from digesting fiber.

“However, there’s no scientific evidence that extracted juices are healthier than the juice you get by eating the fruit or vegetable itself,” she added.

MedlinePlus says an English muffin with jelly can also be eaten instead of a glass of juice before a workout.

According to MedlinePlus, a cup (245 grams) of yogurt is another useful pre-workout source of carbohydrates as well as protein.

Applesauce is another nutritious, low-calorie snack to have before hitting the gym. Made of natural sugars, unsweetened applesauce offers around 27 grams of carbohydrates per cup.

Fruit leather, which are dehydrated fruit products, can serve as handy light snacks to have before a workout, Ehsani said.

According to a 2014 study published in the International Journal of Food Science: “Consuming fruit leather is an economic and convenient value-added substitute for natural fruits as a source of various nutritional elements.

They contain “substantial quantities” of carbohydrates as well as minerals, vitamins and antioxidants, the study said.

Pretzel crackers can also provide the carbohydrate boost you need before a workout. They can also be eaten to supplement your energy during exercise, explains MedlinePlus.

Those who do more than an hour of “intense aerobic exercise” will need to fuel their bodies with extra carbohydrates while working out.

Two to three handfuls of pretzels (or even five to 10 ounces of a sports drink every 15 to 20 minutes) can meet this need, according to MedlinePlus.

The body’s quickest source of energy comes from grain foods such as bread, pasta, oatmeal and cereals, explains the HHS. So a fruit and grain bar makes a perfect pre-workout snack, said Ehsani, supplying you with the benefits of both fruit and grains.

You should be sure that at least half of your grain food choices are wholegrain foods such as wholewheat bread or pasta and brown rice, the HHS says.

A granola bar without nuts (since nuts are high in fiber and take longer to digest) is another good pre-workout energy booster.

MedlinePlus says around a half cup to two-thirds cup of low-fat granola can also help provide extra fuel during a workout if you’re doing over an hour of intense aerobic activity.

What Not to Eat Before a Workout

Ehsani explained that before a workout, you should avoid consuming foods that are high in fat such as fried foods, cheese, nuts, seeds, avocados, oils and nut butters. These take much longer for your body to digest and won’t provide you with the quick energy you need, she said.

…and High in Protein

Any foods high in protein, which also will take too long to digest, should be avoided. These may include meat, fish, seafood, chicken, eggs, beans, lentils and tofu, the dietitian nutritionist noted.

The body can use protein as a source of energy, but only after its carbohydrate stores have been depleted.

“Often, people who focus on eating extra protein may not get enough carbohydrates, which are the most important source of energy during exercise,” MedlinePlus says.

…and High in Fiber

As mentioned earlier, any foods high in dietary fiber should be avoided before exercise since such foods “move slowly throughout the digestive tract,” Ehsani explained. Some high fiber foods to avoid before working out include vegetables, nuts, seeds, beans and lentils.

“All these foods are highly nutritious but since they take a lot longer to digest [they] should be avoided pre-workout,” the dietitian nutritionist said. 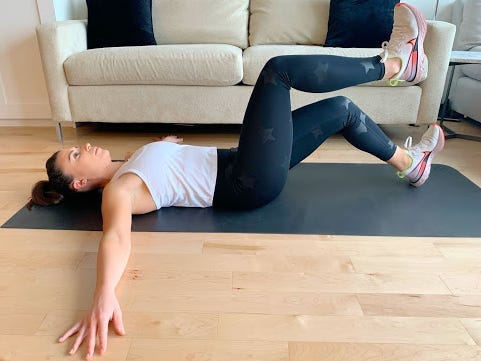